The first two bytes are the information part, the first one is the identifier, and the first 8 bits of the identifier are used as the receiving judgment, which should include the destination address of this packet.

Then think of the RTR bit (should be set to 0), and finally the 4-bit DLC. DLC is the data length bit, which is the actual length of the transmitted data, in bytes.

The remaining 8 bytes are the data part. For the actual data to be sent, please refer to the following figure:

The frame start, arbitration field, control field, data field, and CRC sequence that make up a frame are all encoded by bit stuffing rules. When the transmitter detects 5 consecutive consecutive identical values in the transmitted bit stream, it automatically inserts a complement bit in the actually transmitted bit stream. The remaining bits of the data frame and the remote frame are in a fixed format and are not padded. Error frames and overload frames are also fixed formats and are not padded. 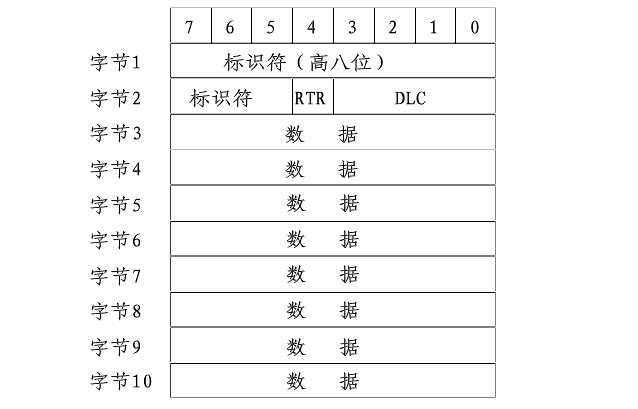